PROFANATICA – “Old Death Metal…This is what Black Metal should sound like!”

Profanatica is a well-known band. Paul Ledney its founder is one of the great minds of Black Metal in the USA. The band started its activities in 1990, but split up two years later. In 2006 Paul and John reformed Profanatica with a plan to release the first LP titled “Profanatitas by Domonati”a due out April 30, 2007 on Hells Headbangers records. The LP was created with the mindset to continue where the band left off in 1992 when Paul and John split from the band. And since then Profanatica has released 5 studio albums, splits, compilations and two live albums. They played concerts around the world and is currently working on their new album. It was shortly after the outbreak of the pandemic that I had a talk to Paul Ledney, who besides Profanatica was in bands like Incantation and Mutilator. Paul Ledney spoke with B.M.T. about the album “Rotting Incarnation of God”, the influences of Profanatica and its passage of the band  through Brazil. 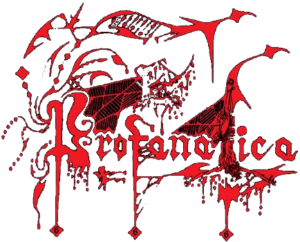 First of all, great pleasure to talk to you ! The band started in 1990, but the debut album Profanatitas de Domonatia was released in 2007. What happened during this period?

What happened was we decided to include some heavy style parts. We tuned down a bit to B Standard and has more of a crushing sound instead of a ripping sound. It’s a style we have developed into what it is now.

With the release of “Rotting Incarnation of God” in 2019 the band could perform in Brazil. How was this experience? 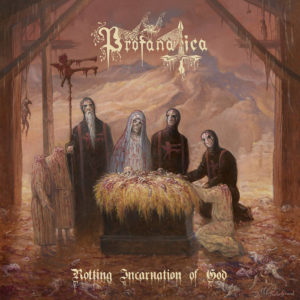 We played in Brazil only once with Slaughtbath. We hoped to get back there in 2020 but then the pandemic happened. The experience was great but we didn’t play to the best of our ability as we had a stand in guitar player who didn’t really know our material properly. Great people, great food!

The Profanatica sound is a black metal but there are a lot of elements of Death metal, too. How do you guys mix these both words when you record? Is there a formula after so many years of studio and albums?

Secret formula, yes. But to me the first death metal WAS black metal.For example: Possessed “Seven Churches”, Hellhammer Ep, Sodom Ep, Ect. To us, old death metal… this is what black metal should sound like. 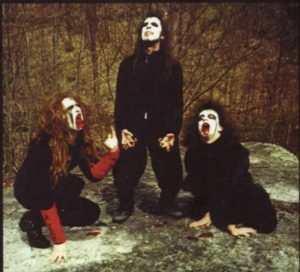 If you could name one song that describes what Profanatica is for you, which one would you choose to introduce the band to someone that have never listened to it before?

New York is a Capital of the World. Does it influences your music? I mean the contact with a mix of culture and people.

No not at all. Mostly  Hipsters in NY now.

Back in the 80’s the tri state area was very powerful as far as the scene goes. Lots of clubs, zines, labels and bands who all supported each other. 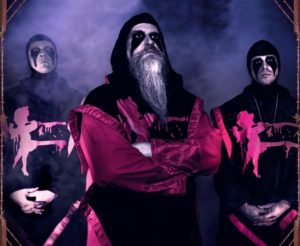 What are the Profanatica plans for 2020/2021? Do you have any other project beside the band?

Yes big plans. We hope to play places that we’ve never been to. Record a new ep, and for stuff besides profanatica I’ll be working on more Havohej stuff, and possibly play live if it is possible…

How do you deal with the fact that Profanatica is so important like Beherit, Master’s Hammer, Blasphemy and Impaled Nazarene, but you could keep the essence along the years. Is Paul Ledney the lighthouse that keep Profanatica on the rails?

Well I know that we had a big effect back then but rarely did any real work. As far as promotional work or shows. I refuse to change my style. After all these years Profanatica is still recognizable by sound, look and feel. I’ve been policing it hard for a long time.

Talking about Paul Ledney, the person,  what influences you the most?

I’d like to thank you very much for this interview and I know how busy you are. This is the time to let us a message!

Many thanks for the questions. We hope to get back to Brazil as soon as possible. 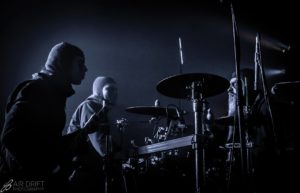 AD HOMINEM “Black Metal will end up the way it was supposed to be: prohibited music for extreme-minded people.”

VATHR – “…let the music speak for itself!”