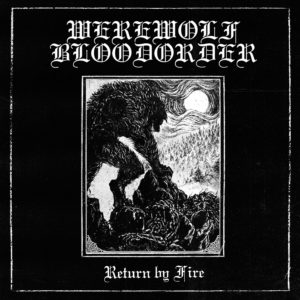 Warlord´s side project WEREWOLF BLOODORDER returns back with new 7″EP “Return By Fire”. This new EP features two new songs taken from cancelled split with FORLORN WINDS and the re-recorded version for old EVIL song “A Southern War From The Winter´s March”, originally composed by F.Daemon and Warlord back in 1996. This song features original Evil member F.Daemon as guest guitarrist.

Besides that, 4 new songs are in recording progress and a new demo shall be released in early 2022.

Expect “Return by Fire” for the end of this year, to be released via SIGNAL REX from Portugal.