WOLFLUST – “Humanity is the cancer of the planet…”

Wolflust was created in the recent year of 2017 but has already emerged showing itself as one of the strongest names in Brazilian Death\Black Metal of the last decades and is taking great steps to consolidate itself as one of the greatest representatives of the style in Extreme Metal worldwide. Exaggeration on my part? Well listen to the EP “Satanic Megatons” released in 2020 on the label Hammer Of Damnation and admit it. Explicit aggressiveness, an absurd mastery of their own instruments and overflowing creativity on five phenomenal tracks (one of these tracks being a cover version of the legendary BATHORY) are elements that make this EP one of the best releases of 2020 and which will be getting a vinyl edition soon . The band will be present in issue 2 of BLACK METAL TERROR magazine in a huge interview in which both Mauro Trojillo (drums) and Cernunnos Legion (Guitars and vocals) speaks unabashedly and in detail about various subjects. Taking advantage of the fact that the band will also be announcing new stuff very soon (which by the way we’ve already heard firsthand and can therefore attest to the imminent destruction that’s coming) we’ve decided to select a small portion of this interview as an appetizer for what’s to come. 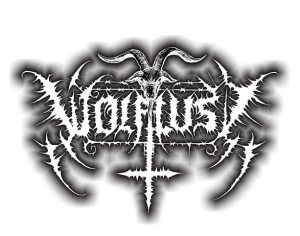 1) “Satanic Megatons” had a great repercussion on the national metal scene, including being on the “best of” lists of the 2020 year of several extreme metal portals. Did you expect this kind of support and response from the metalheads?

Cernunnos Legion: This repercussion, this recognition of our hard work is what drives us to make our sound increasingly intense, more brutal, more perverse and more transgressive. Always expect the worst. This answer came from people who are immersed in the real Underground, in the real concept of Extreme Metal, for us that’s what matters.

2) Wolflust uses a more aggressive sound and keeps its production in a more organic way. Is this a thoughtful choice? How does the band see modern productions that often overdo their technological resources?

Trojillo: Since the beginning our goal was to sound like the bands from the 80s and 90s, at that time there were not as many technological resources as we have today, our intention was always to sound as natural as possible, maintaining brutality and extremism.

3) In your opinion, what is the most important when composing, technique or feeling?? Why?

Cernunnos Legion: Actually felling, because the compositions come out more naturally. You can even define the way it will work, if the music will be just a catch… or if it will mix fast passages with more rhythmic ones. The technique actually comes as a consequence in the execution part… The theoretical part simplifies some issues, mainly in the solos.

4) Besides Wolflust, Mauro also plays in Industrial Noise and Cauterization and Cernunos in Satanlived, correct? How to reconcile these different projects? How are things going in these projects? Any news on the horizon?

Trojillo: Currently I’m playing in WOLFLUST, INDUSTRIAL NOISE and ACUSTIC NEUROMA these are the ones I’m active and producing, besides these bands I have 2 other projects with members from other parts of the country. It’s really hard to juggle bands, kids, wife, job, but when you really have extreme music in your blood, and you really love what you do, you can make time.

Cernunnos Legion: Nataslived has 3 sounds ready for a split with another Brazilian Black Metal band. The priority is Wolflust. I’m managing to reconcile so that nothing gets  in a way that nothing gets in the way of writing, recording, or any kind of production for Wolflust.

5) Wolflust has attracted the attention of many headbangers, but also the hatred of many hipsters and pacifists. Have these “haters on duty” already bothered you, even if it’s in the virtual world?

Cernunnos Legion: For us it’s really cool to have feedback from people who really live the essence of extreme music. We will keep true extreme music in a closed circle, intolerant of all kinds of scum. But, single-celled beings, parasites, worms don’t bother us. They are not part and have never been part of Extreme Metal.

6) One thing I see a lot is “old school” metalheads claiming that current bands suck, but I particularly see great releases and bands coming up every day and realize that Wolflust members are very active “digging” new names into the Underground. Is that correct? Are there any good new names you could point out to our readers?

Trojillo: Metal had its 80’s and 90’s a great eruption of creations that will be eternally embedded in the history of Metal worldwide, but it would be really stupid to say that stuff of quality has never been created again, every day thousands of bands break out from all sides of the planet, it just depends on you to have at least the desire to search the depths of the underworld.

7) Being in the underground for so many years in your opinion is there any band within the national and world scene that hasn’t had the attention they deserved?

Cernunnos Legion: I see that since the 1980s things have been moving at this pace. Bands such as Abhorrence, Explicit Hate, Sex Trash (old), Nephast, Subversive (CWB), Ophiolatry, among many others have their names praised in the underworld, but I see that they could have greater recognition due to the work produced in exceptional ways.

Trojillo: AZARATH, INFERNAL WAR, BLASPHEMY and IMPIETY would really be a killer festival, would never play a festival that had some White Metal-shit trash.

Cernunnos Legion: WARGRINDER, KERASPHOROUS, INFERNAL WAR, AZAGHAL. I would never play with any pacifist band or any white metal shit. 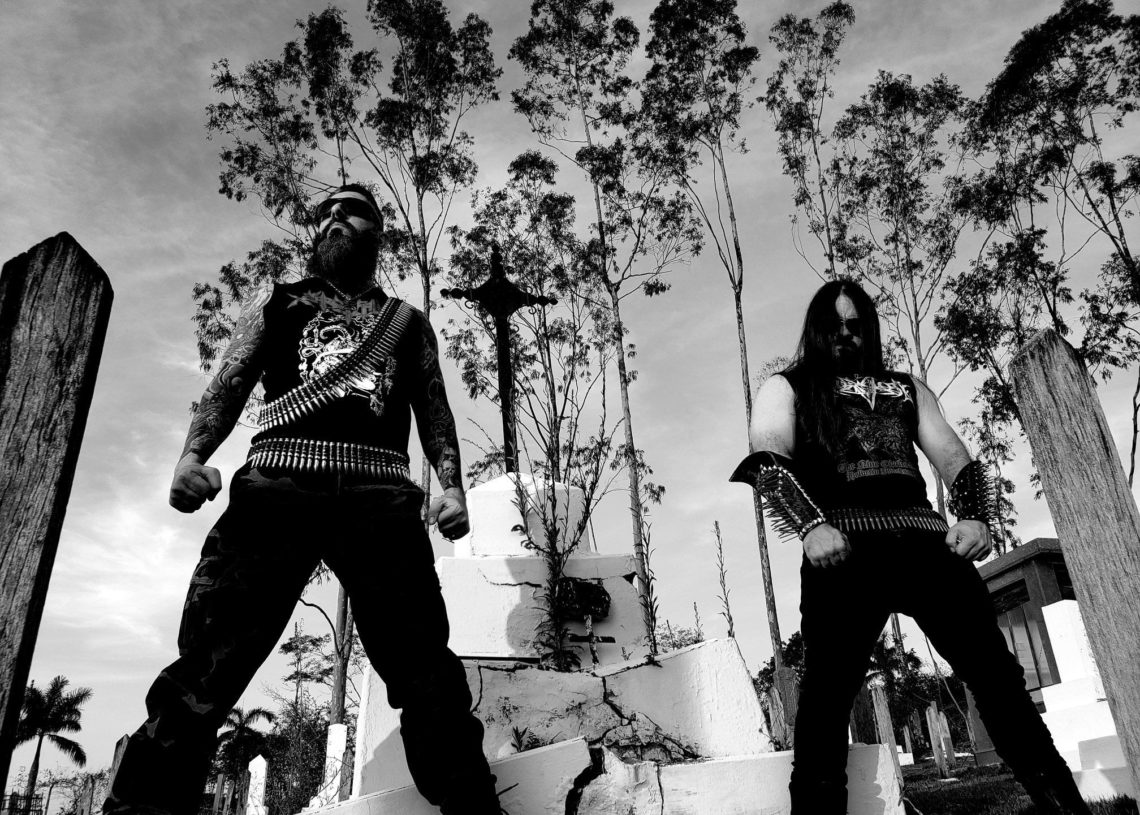 You will find the full interview in issue 2 of BLACK METAL TERROR magazine which will be released in early September.
A detailed review of “Satanic Megatons” can be found in issue 1 . 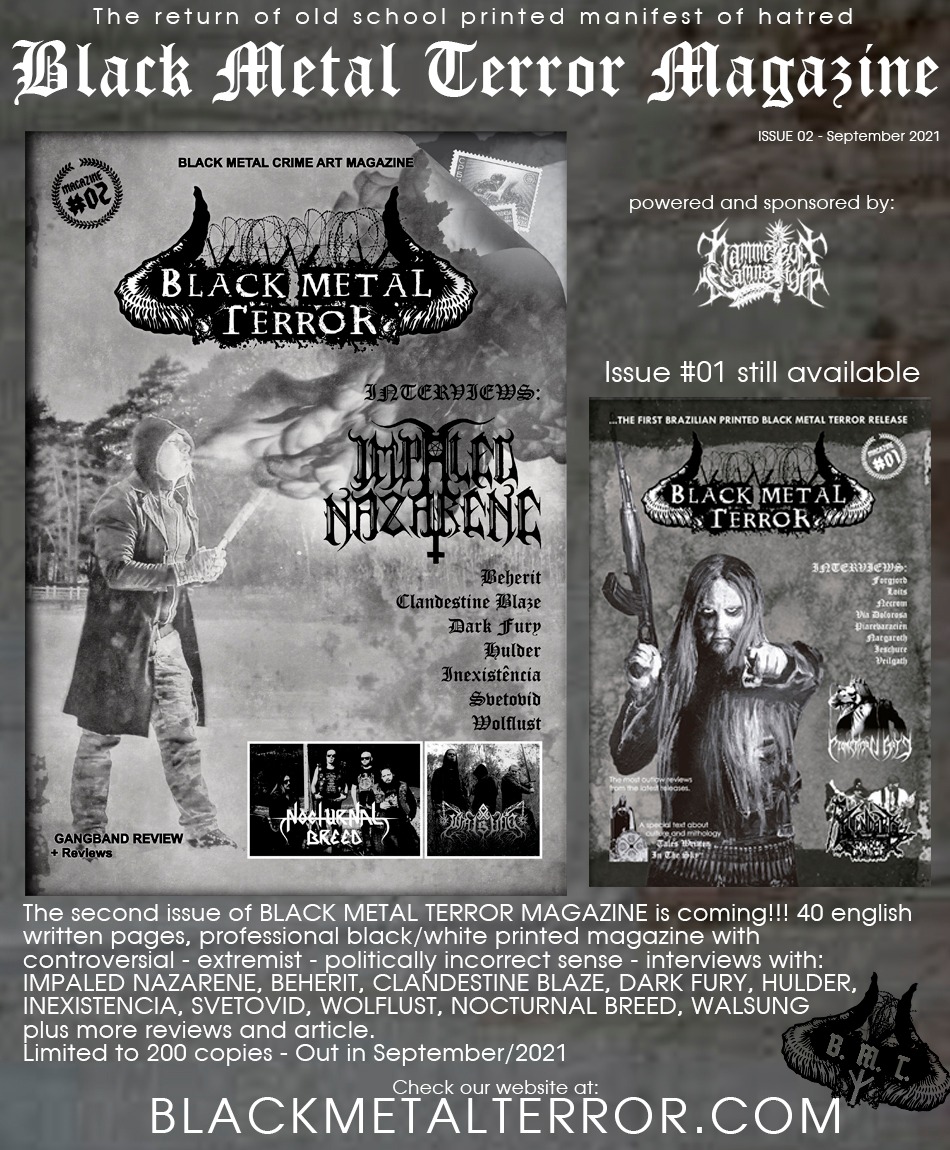