VETUS KRAN “We are an inward and outward journey, a microcosm in tune with the macrocosm”

VETUS KRAN the new offspring of the creative mind of Holykran, also the mentor of the grandiose Pagan Metal band IRON WOODS ,  emerged from the shadows of the universe’s dark matter with its first work entitled “Lost in Time”, taking the underground scene by surprise and leaving all astonished with its extremely atmospheric Black Metal performed in the compositions with great influence from the nineties. To talk more about this work, we bring you the words of Holykran himself…

You are the man behind a well known name of national Pagan Metal, I’m talking about the band Iron Woods and suddenly the label “Hammer Of Damnation” announces your solo project taking most metalheads totally by surprise. What motivated you to start this new project? What is the meaning of the name “Vetus Kran”?

Greetings everyone! There were some factors that motivated me to create this project, one of them was the pandemic of the last 2 years, all its chaos scenario led me to reflect and question many things, a perfect mood for creating an introspective and individualistic project. The origin of the name Vetus Kran is the junction of “Vetus” the Latin word for”Old” and Kran from my pseudonym “Holykran”, its meaning refers to questions and reflections of life and death.

How and when did the writing process for “Lost In Time” take place? Did you record all instruments yourself? How did you come to the label “Hammer of Damnation” for this release?

The writing and recording process for “Lost in Time” was quick, I produced a homemade demo and when I entered the studio, everything was already well underway, the recording took about 3 months (February 2021 / April 2021). Everything about “Lost in Time” was conceived and recorded by me, including the lyrics, logo, cover and layout. The partnership with Hammer of Damnation was quite natural, as we’ve released other materials with Iron Woods and Black War, so I know very well the way they work, plus we have a long-standing friendship, admiration and respect.

Vetus Kran brings a different musical approach from what you’ve been doing at Iron Woods. And even though some people expected a return to the sound of your other band Black War I see the music featured in “Lost In Time” more as a step beyond adding everything you’ve done and incorporating new elements. What are the main musical influences and inspirations of Vetus Kran?

Vetus Kran and Black War, basically have the same influences, Black Metal from the 90s, in this way they sound similar, but I believe that in Vetus Kran, the atmosphere is denser and darker, like an infinite journey in the darkness of the cosmos. 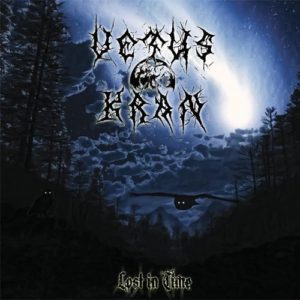 Observing track titles like “The Pillars of Creation” and “Betelgeuse (My Funeral in The Stars)” I pre-suppose some interest in astronomy on your part. Is this correct or I got a little crazy now lol? What is Vetus Kran’s lyrical approach?

Yes, without a doubt it is a very interesting subject, which arouses my curiosity for everything we know and don’t know, from ancient times to the present day. Who we are? Where we came from? Where are we going? The great phenomena of the universe, dark matter, clusters of galaxies, black holes, and finally all the mystery that makes up the universe. “Lost in Time” has this particularity of approaching some themes related to cosmology, together with my psychological perceptions about life and death, a set of parts that combine to form a whole, since we were all made of stardust.

You bring a very interesting use of keyboards in your compositions, giving an extra dose of atmosphere to the songs on “Lost In Time” reminding me at times that aura that tracks like “The Majesty of the Nightsky” by Emperor bring with them. Some tracks like “Betelgeuse” and “Not 816” go even further by bringing a totally Dark Ambient approach. How important are keyboards in your music and where do your inspirations come from? And since I mentioned the track, what does this title “Not 816” means?

The inspiration comes from the black metal bands of the 90s, who adopted this instrument to create a unique atmosphere, without a doubt albums like “In the Nightside Eclipse” by Emperor, or “Hvis Lyset Tar Oss” by Burzum are primordial works and that there are over 25 years still inspires me. I see the keyboard in black metal as an instrument that helps bringing atmosphere to the music, whether it has a feeling of melancholy, loneliness, fantasy, magic, which makes the style so characteristic and striking. Not 816, is a reference to the biggest black hole ever known, Ton 618, I used this title to finish the album, as if everything was sucked by it.

“Lost In Time” features the track “Echos From The Heart (Evora)” made in honor of your little daughter and which was originally written for Iron Woods. Is there any difference in the arrangements used in the version found on the album from the one that was designed for Iron Woods? Can this track still be used at Iron Woods? By the way what is the current status of the band?

Yes, “Echos From The Heart (Evora)” was written for my daughter Évora, originally in 2018, with the intention of including it in a new work by Iron Woods, so there is a difference in the initial arrangement for the Vetus Kran version, as Iron Woods has a more epic pagan vibe, plus a small change in tempo of the song. Yes, it is possible that you will redeem the original version for future work by Iron Woods. Regarding the current situation at Iron Woods, we will soon be releasing a split with the band Hecate, and for the year 2022, we will return to the stages for some performances. 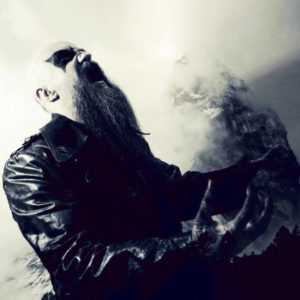 Are there any intentions to turn Vetus Kran into a full band and perform live shows in the future?

Yes, I plan to do some live presentations with Vetus Kran, and possibly some new stuff.

I know that “Lost In Time” was released recently, but do you already have any composed material planned for an upcoming release?

I have some compositions in progress for a future work by Vetus, the most important is that I already know the direction I want to give this project, this ends up facilitating the whole process of composition and recording.

Thanks to “BLACK METAL TERROR” for the opportunity and to all readers! Vetus Kran is an inward and outward journey, a microcosm in tune with the macrocosm! We are a way for the Cosmos to know itself!