After long years in activity the Necromantia ends its activities and facing an eclipse after the death of Baron Blood. An arduous path that has dictated the paths of underground music since 1989, Necromantia knew how to pave its path with a vast discography and unafraid to apply its influences to its music. we talk to George Zacharopoulos in a long interview to understand the announcement made in December 2021: “The band has now descended into the Abyss.” 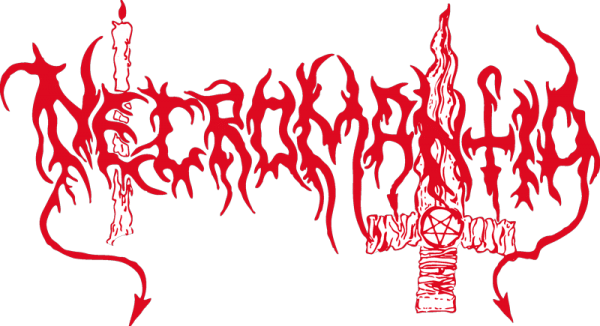 Great opportunity to talk to you and we are glad to have a new Necromantia album in 14 years. Why did it take so long? Besides that we had some splits and compilations.

-The reason this album is made is the departure of Baron Blood to other planes of existence. It is a tribute to him. I do not know when we would make another album if it was not that tragic incident. It is my final salute to him

About your songwriting, are you composing continually or one day you feel that it is time to release something and you are working upon this project? Is composing a thing that you do by yourself or with the other members too?

-I never compose continually. I need the spark of creation , I need inspiration in order to start writing music. It can be anything which happens or exists around me. Our farewell album was co-written with George Emmanuel fron LUCIFER’S CHILD who played all the guitars also. I would never dare to touch the 8string bass. This is only for Baron Blood.

I remember as if it was last week when I received the “Crossing the Fiery Path” CD by mail after sending the money in cash to Osmose and I didn’t know if I would receive the CD at the time. This was more than 20 years ago.What have changed in Necromantia since then?

-We are talking about a lifetime man. A lot if things have changed. Only one thing remained unaltered: our desire to create great dark music.

I have the ideia that most of your compositions the music follows the lyrics. Is it true? Is this the way you compose, first the basic lyrical theme and then you are dressing it with the analogous music? How is your creative process?

-True. Yes. We work like making music for a movie. Our “movie” is our lyrics. The lyrics define the atmosphere and the feeling of each song.

Many people think that  Necromantia early stuff as your split album with Varathron and, and also the debut record are interesting but “Scarlet evil Witching Black” and “The Sound of Lucifer storming Heaven” are THE masterpieces opuses both musicwise as lyricswise. Do you agree with them? Why or Why not?

-I do think that “Scarlet…..” is an album that actually defined us and established the name of NECROMANTIA 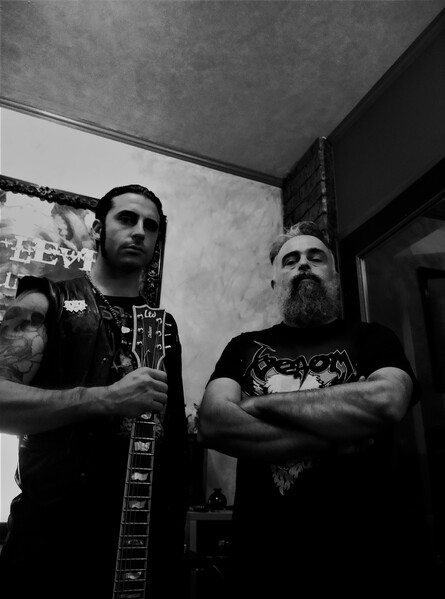 Back in the beginning you were in bands that created the Black metal scene like Thou Art Lord and Rotting Christ. You were there in “Thy Might Contract” and “Non Serviam”. How do you define the “Hellenic Black Metal”?

Nowadays you have other projects like Yoth Iria that released the album “As the Flame Withers”. And you have released the last Necromantia  album in the same year. Does it cause a strange feeling?

-During the Covid lock downs I managed to finish 2 albums and 1 book translation. So it was a very productive period for me. I am very proud of my work with YOTH IRIA also. Great material. Emotional and powerful! It felt great working with Mutilator again,.

What is the concept in “To the Depths We Descend…” Is really fall into the abyss of existence?

-Yes. The band will be no more. It cannot be without Baron Blood. We descend to the depths, to reign in the Abyss.

When was exactly the formation of NECROMANTIA? Did the band began after the starting of friendship with Baron Blood or have you started before? What memories come first when you recall these days?

-I knew Baron Blood from high school. We shared same interest in music and the occult. We decided to form a band to create original dark, nightmarish music. I still remember our first rehearsal: we started playing around 22:00 and finished 05:00 in the morning.

When you here the name “NECROMANTIA” what comes to your mind?

-It is the Greek equivalent of Necromancy, my previous band.

It’s hard talking to you and not talking about Thou Art Lord. Could we expect a new album in the future?

-I cannot tell you. THOU ART LORD is always alive. We never split but it is not known when we will activate them again.  Whenever we feel like it we will return again.

Let’s go for a while on a journey to the past. Your first group was NECROMANCY isn’t it? Except the Visions Of Lunacy have you recorded anything else? Can you give more details about this band? Recently you had a split with Necromancy. Is that the same old Necromancy?

-I got in a fight with them because they did some shady copyright business and left them a little while after the demo “Visions of Lunacy” we did. Yes they are the same, it is the same demo. I think they did another demo without me and then fell into oblivion….

You are not scared to try new things in music. Or mix musical genres. What would you like to do in music that you haven’t tried yet?

-Involve a full classical orchestra into our music.

-Black Metal should have a strong philosophical background of sinister nature. It is essential. BM is not about corpse paint and blastbeats. It is about emotion and dark energy.

What are your plans for 2021? You have a lot of projects in and out of music. Tell us a little about what you have in mind for this pandemic year?

The release of our farewell album coming out in October-November this year is my only goal.

And talking about the Pandemic, how is the Pandemic COVID-19 in Greece? I hope you and your family are safe and sound.

-We are good . Thank you. I hope the vaccination can solve this shit. Time will tell!

Talking about Greece, we had some tensions in the beginning of the year about the refugees from Turkey and a border crisis. How is the situation about it nowadays?

-There will be always tension between Turkey and Greece. It is all part of the “game” . We go a long way back….

Besides Black Metal, what are your interests in music? What have you been listening to nowadays?

-I like classical music. A lot. Also some classic rock stuff. One of my “sins” is MUSE. I lke them because in a strange way they remind me of QUEEN which I highly repsect

We are experiencing a coming back of fanzines, magazines, LPs, posters, CD’s, tapes. Do you think people are getting bored of the digital world? Do you keep Necromantia on Social Media and Spotify, for example?  Do you think this connection with the digital world is necessary for the bands to stay alive?

-More or less, unfortunately yes. I am a big supporter if the pgysical product because through this you can build a community like we had in the early ‘90s. Now all the kids are isolated inside their ipods. There is no vibe, no strength.

Which Black Metal album is your favorite from all time? Why

-VENOM “Welcome to Hell”. I listened to it when I was 15 years old. It defined my course ever since.

Being one of the people that created Black Metal in general, which bands are your main influences?

-VENOM, MERCYFUL FATE, CELTIC FROST, BATHORY, SLAYER, MANOWAR. I like all kinds of metal but I live for the extreme.

What advice would you give to the new bands that are inspired by you and your projects?

-To try to create their own unique music. They can walk on our footsteps but they should try to build their own path! Create, not copy!

Which “good bye” words you would say to Necromantia as the mastermind of this project? We will definitely miss it.

I want to thank everyone who supported our music all these years. Our music is not POPular, it is not for everyone to like. Those who do, I thank you and salute you from the bottom of my soul!

Thank you for your time and patience. If you could leave us a last message, we would appreciate it.