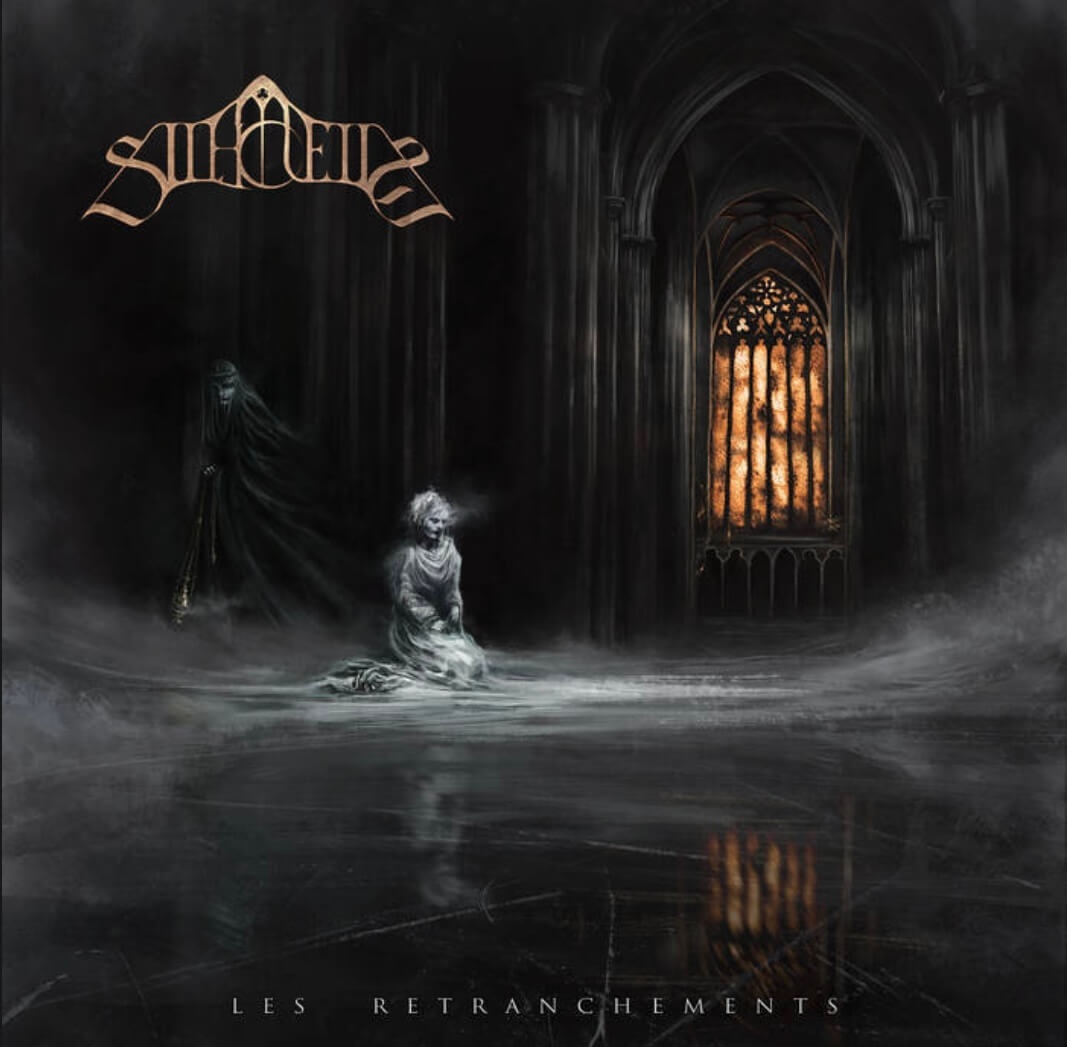 On January 28th, 2022 internationally, Antiq is proud to present Silhouette‘s striking debut album, Les Retranchement, on CD format. Silhouette is a French black metal band based in Montpellier and created by Achlys in 2019. Initially conceived as a one-man band, the project then involved more musicians in order to develop a synergy between clean female vocals and traditional black and DSBM vocals.

Silhouette’s view reflects dreams and visions about distant people whose shapes and intentions will stay obscure forever. Through soul’s dooms and mist, Silhouette deals with topics such as lost ones, fantomatic shapes from whic only fragments and souvenirs remain. The band proposes a journey between intense melodies, storms, and velvet lulls to depict the travel of the one who dares to explore the places and ghosts of their past.

The feeling of being plunged into deep water, in a suspended dream, sleep paralysis. occasions when the world moves on and you are trapped in a cut and uniform temporal cut in which the most sublime reflections seem to awaken a web of topical and sensorial sensations. This is the feeling when listening to Silhouette’s album “Les Retranchements” released by the mighty Antiq. And we’re talking about French Black Metal….so… get ready!
The tracks are melancholic and the instrumental is à la DSBM mixed with a charming and delicate atmosphere that mixes Lilas Dupont’s (Ondine) vocals and Yharnam’s vociferous roars.
Silhouette has an impressive quality of its instruments and an impressive ability to change the timing of the music and set different atmospheres and facets within the same piece of music.
You won’t get tired of this album. He is grandiose. There are no Atmospheric elements here like repetitive passages, speed and crazy keyboards that create unusual climaxes and the whole thing sounds kind of Dimmu Borgir…no, not here.  There is an essence of DSBM and that peculiar brand of French black metal, a bit of Katatonia in some passages sung with clean vocals that also remind me of Tiamat and Therion.

Antiq is a label dedicated to the fully coherent concept of making music through sound, image, video, and attitude. They have been putting their entire existence into it since 2009. Over the years, Antiq have been identified as producers of not only perfectly coherent lyrics and themes through music, but also conceptual art and, of course, the manufacturing of beautiful objects. The label tries as much as it can to work with French creators, and if possible, with the smallest and most serious structures.