The new sensation comes from Serbia as the answer to Mgla / Groza / Uada. Praznina signs a deal with Hammer of Damnation for reissuing their first two EPs “Podsvesno Mrtav” and “Nedostižni Zenit”. Praznina (Emptiness) was formed around February 2022 and works as a One Man Black Metal project with Deimos (Todesfall) being the sole member. As a very spontaneous creation, Praznina is a result of unbearable emotional and spiritual pressure imploding in of itself, thus becoming a tool and paving the way of an image of a desperate and broken man in relation to the divine nothing.

Release expected for the end of September via Hammer Of Damnation
World distribution: Black Metal Store 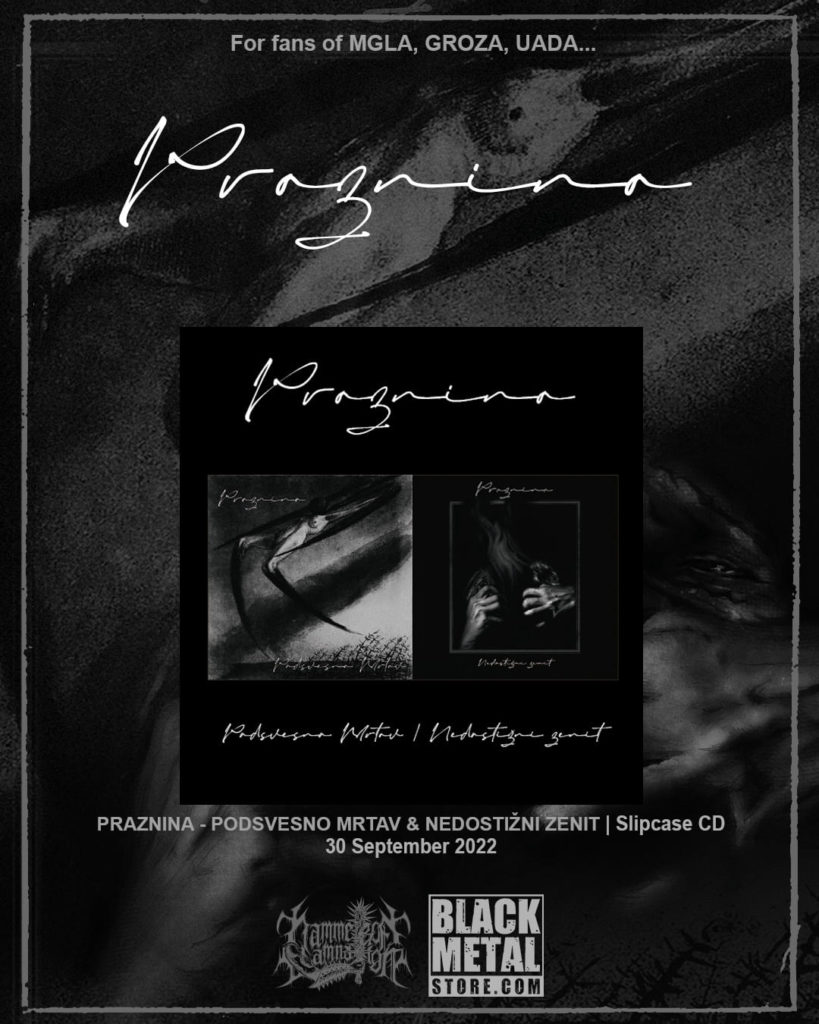 SVARTGHAST – “The entire Scandinavian scene made a mark in metal history”

MOONCITADEL – “Black Metal is supposed to be in the shadows. The more dangerous it is portraited in main media the better.”