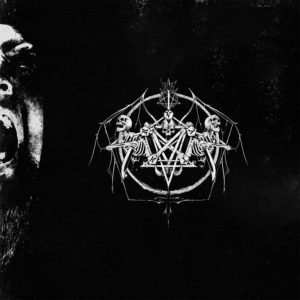 In this ocean of new bands that appear every day, some of them even with dubious quality, it is always a great pleasure when you come across a name totally unknown but that inspires so much power, confidence and sincerity in its music that you are absolutely sure that you are facing a new band that in a short time will reach heights that most only dream of and that you are privileged to have been one of the first to see a giant born. The Norwegians VATHR are an example of this and without a doubt are one of those new and unknown bands that in a short time you will hear a lot about and will definitely be forced to know; my advice is that you go for it now because the band’s first release, the mini album “Dead & United”, is already on my list of the best of the year and it’s definitely the biggest revelation of 2022 for me. Despite being a completely new project, the members of VATHR are some well-known names in the Norwegian scene but who have preferred, at least for now, to remain in the shadows of anonymity and let the music that they are creating speak for itself; an attitude that, in my opinion, shows an integrity worthy of applause, given that we live in a time when many well-known artists often use their names as “certificates of quality” to attract the spotlight and thereby promote a thousand projects and the music, that in theory should be the main focus, often ends up taking a back seat.

The sound of “Dead & United” has  strong Bathory ‘s inspirations but it’s not just that, it’s also a true declaration of love for everything dark, creepy and demonic that was created in Norwegian Black Metal in the nineties. It is important to note that, despite the band having its own individual identity and the three tracks that are part of this mini album have common elements that make them immediately recognizable as VATHR songs, it also has an interesting variety showing that the guys know very well how to fit within a given musical proposal but still creatively explore the limits and boundaries that the style imposes.

Starting with my favorite track, the terrifying “March of the Dead” which in the first few seconds with the strummed guitar and sick vocals that kind of work as a short intro already shows the morbid and sinister tone you will find, the song will soon falls into a hypnotic mid-tempo rhythm and a kind of martial atmosphere, a true march of the dead, the vocals at times brought to my mind the Italians from Darkend who in the excellent album “Spiritual Resonance” from 2019 bring some flashes with a similar interpretation.

The cathartic and vigorous “Messiah” is the next one that starts much more energetic and at times seems to become an escape valve to release the inner demons of its composer over the world, bringing some elements of pure chaos; this song has a nice old school Bathory-style solo from the “Under the sign…” phase.

The last track that closes this mini album is “Crimson Cold Curse” with its cinematic atmosphere, its beautiful guitar arrangements, its groovy and pounding bass (that by itself would already be a highlight in this track) and its powerful vocals mixing the traditional Black Metal with that ” semi melodic” that was immortalized by master Quorthon in the title track of the classic “Blood, Fire, Death” ; a type of vocal that very few dare to try and even fewer manage to do with success and which here is perfectly executed bringing all the epic charge that the composition asks for.

By the way, the biggest highlight of “Dead & United” for me is without a doubt the excellent vocal lines with its subtleties and small details that bring several layers and textures and manage to impeccably translate the intention that each track wants to communicate as the scary atmosphere of “March of the Dead” with its more theatrical connotation, the desperate agony and all the claustrophobic chaos of “Messiah” and all the heroic charge that closes this mini album with “Crimson Cold Curse”.

Another thing to mention are the occasional samplers and atmospheric effects placed in surgical points along the three tracks, which create a soundscape with much more immersion and depth; the sound richness is so great that with each new listen you will probably notice some new detail or element that may have gone unnoticed at first.

Seeing all the care and attention given to the compositions present in this mini album I am really curious and excited because “Dead & United” is just a taste of what’s to come as the band’s first full length should only be released in the beginning of 2023. Look for me and get to know this excellent revelation because it is very worthwhile. I don’t need to mention that this is a completely mandatory item, right?

VATHR – “…let the music speak for itself!”