Thy Serpent is a band that needs no introduction. Originally from Finland, the band is the result of the creative genius of Sami Tenetz. Between 1994 and 2000 the band was very active having released two demos, three excellent albums and an EP; however after this period the band went on a nineteen-year hiatus, which made many people think that Thy Serpent had died, but in 2019 the release of a split with the band Ash Pool showed that apparently it was just a long coma, something that was reinforced with the recent release of yet another album shared with the bands Wolfnacht and Goatmoon . But has the band awakened or is it still dead but dreaming? We had a quick chat with its mentor who told us a little more about this new release and what we can expect from Thy Serpent in the future… 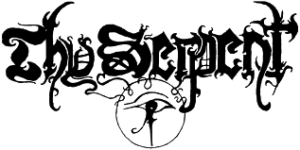 Since the MCD “Death” 22 years ago, Thy Serpent has taken a break from releases and some people say that you guys slowed down just when you were ready to “conquer the world” with your music.

What  was the reasons for this stop?

Where do you think Thy Serpent could be if you had continued to release albums more frequently?

– Hah, that’s just something we can guess, could had been gone up or down, it all depends the material you write and release.

Is there any possibility of the band becoming more active in the near future?

– I doubt, but you never know. I’ve learned that I shouldn’t ever say never. I made once an statement that Thy Serpent will never play any live shows….and a few years later, we played small ten show tour in Finland. 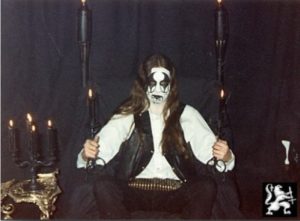 I read in an interview in Decibel Magazine from 2015 that Thy Serpent had recorded three new compositions, but the only new releases after the MCD “Death” were the track “Impaled by a Thousand shadows” from the split 7”ep with Ash Pool released in 2019 and the split with the bands Goatmoon and Wolfnacht now in 2022. Are these tracks part of the material you mentioned in that interview?

– Yes, the split 7”ep and 3-way split tracks are from the recordings I mentioned, recorded back in 2012.

Will we still have the chance to hear this material in its entirety?

– No any plans to release those tracks as an own release for this moment. Maybe I’ll still find a third special release for the rest of the unreleased material.

Since we mentioned the split with the bands Goatmoon and Wolfnacht, what can you tell us about this release?

– Well, it’s CD and DLP release. Around 15 minutes material from each band. All new material except Wolfnacht which are two re-recorded old songs.

How did the idea come about?

– Since I’m a big fan of Wolfnacht I asked Athalwolf if he’d be interested. And as we are good friends it made the decision easier for him. Athalwolf asked later Goatmoon to join as a third band as Blackgoat is a close friend of both of us.

Don’t you fear a negative repercussion since the aforementioned bands have some controversies related to their respective names and are considered somehow “politically incorrect” by some “more sensitive segments” of the scene?

– I’ve never cared less what people think or say about the things I do. If they don’t like it, it’s all their problem, not mine. If you start to think what other people think out of your doings, things are going to the wrong rails, and If you start to fear negative repercussion you can’t do nearly anything.

In fact, we currently live in a world where political correctness is increasingly dominating discussions and things … what do you think of all this?

– Ridiculous. No matter how politically correct or incorrect you present things, the core of the matter is still the same. It’s all about context. And inequality is not disappearing as long as the human being is in the earth. 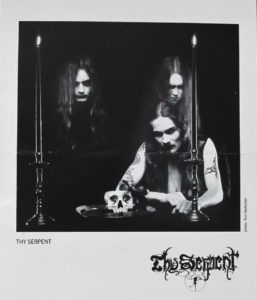 You founded and run KVLT and I imagine many new bands come through your door every day. What bands have impressed you the most lately? please indicate these bands to our readers.

– Actually, not that many bands comes directly to us. Most bands are active by their own and we just need to keep our eyes and ears open. One of the latest new band that I’ve been listening quite a lot is a Finnish Nocturnal Sorcery.

– We are running three labels in total. KVLT roster is wide, it can release what ever kind of material, from Suuri Shamaani ambient stuff to Peruvian war metal gods Goat Semen. Then we have Hammer of Hate records that is  meant for Finnish  black metal and  No Sign of Life Records are for more radical acts. To contact any of the labels should be contacted through KVLT.

In 2009 you recorded the album “Engram” with the band Beherit. This album marked the band’s return to Black Metal. In 2019 the band released the album “Bardo” returning to the Dark Ambient sound. However, according to Holocausto himself, the intention would be to record an album with a complete line up but the pandemic made it difficult to happen. Do you think it’s possible that you will return to recording with the band in the future?

– Beherit is a band that is not predictable at all. It all depends about the stars and the moon.

In 1994 you created the project “Voices of Winds” which, like Thy Serpent at the time, was a one man band, but information about this project is very scarce and nothing was recorded. Tell us more about this project…

– There’s not much to tell about as it was put on ice just after I recorded one song for it. There were no reason to form that band so a quit doing it. It was a dungeon synth with vocals.

Did you achieve all the goals you had when you formed Thy Serpent? Whats left for Thy Serpent to achieve? What can we expect from the band in the future?

Yes, my goal were to release an own album, and that happened in 1996. Thy Serpent is living on these days easy retired life.

Thy Serpent’s albums were released in Brazil by the “Black Metal Store” label and were extremely well received. Do you think that if there was a good proposal and the correct structure, it would be possible to present the band in the country?

– Well, if I’d considering to do live shows, of course I’d come to play in Brazil if offered, it’s not a matter of how good the propasal would be.